Episode 036 – Break up the Indians! Talkin’ Tribe with T.D. Dery

As the Indians were on their way to a franchise record-tying 13th straight win on Thursday night, T.D. Dery, one of the sharpest and most diehard Tribe fans around, joined the show to give the guys a crash course on a tremendous first half of the season. We covered everything from the brilliance of the starting rotation and the overall state of the roster to potential targets at the trade deadline and biggest threats in the American League down the stretch. 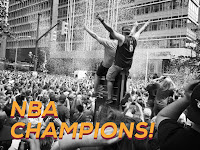 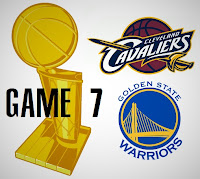 After two games in the NBA Finals, the Cavaliers are officially a collection of mad men, down 2-0 to the Warriors. The guys welcome Tom’s dad, Tom Sr., to try to sort out what has gone horribly wrong and what, if anything, can be done to salvage the series. … Plus, the guys pay homage to Muhammad Ali, and Tom Sr. shares a story of meeting The Greatest in Chicago.

An NBA Finals rematch of the century deserves an all-out preview podcast to match. With another epic showdown between the Cavs and Warriors set to tip off on Thursday night, the guys welcome Mark Meszoros and Mark Koestner aboard for a wide-ranging Finals roundtable discussion. It’s a whole new world for the Cavs since the last time these teams met in January. How will the Cavs cover for the defensive deficiencies of Kevin Love, and to a lesser degree, Kyrie Irving? What difference will Coach Ty Lue and sharpshooting power forward Channing Frye make? Will LeBron continue to start games as a facilitator or will he look to take over from the jump? And finally, will the dastardly Draymond Green’s antics finally draw a suspension from the league? (Hint: Probably not.)

Intro/outro music: "The 3rd" by Anitek
Posted by Nail in the Coffin at 7:32 AM