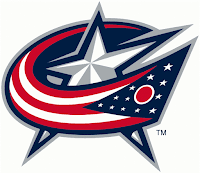 The guys are back to talk about all the big matchups from the opening weekend of March Madness, including Villanova vs. Wisconsin, Duke vs. South Carolina, and AT&T Uverse vs. Raycom Media. (Come back, CBS!) … Plus, the NBA's problem of resting stars and how ESPN, the network that invented “Embrace Debate,” blew a chance to have a discussion of actual back-and-forth substance about it during Cavs-Clippers on Saturday night.

It’s championship week in college basketball, and that means the Mid-American Conference is bringing its brand of mid-major hoops back to The Q. With nearly every team coming to town having a realistic shot of cutting down the nets on Saturday night, Jason Arkley, the OU beat writer for the Athens Messenger, is back on the show to bring us up to speed on all things #MACtion. … Plus: With a disjointed regular season finally winding down, the guys lament the endless wait to see the Cavs at full strength and start thinking ahead to what their playoff rotation could look like.