Episode 045 – Legends of the Fall: Tribe in the postseason, sizing up college football’s elite 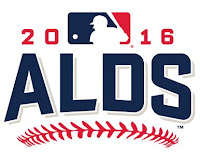 On the eve of the Indians making their first appearance in the AL Division Series since 2007, the guys look back on the long road that got them here, starting with the hiring of Terry Francona. Tito has pushed all the right buttons this year, and he’ll have to keep it going against a formidable Red Sox team. … Plus: It’s been a tremendous first five weeks for the college football season, and the guys put together their short list of teams with a shot at the national title.