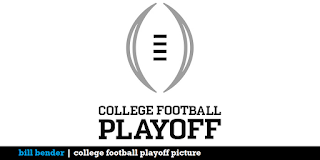 Four games between top-10 teams in one day! Playoff implications abound! Saturday has all the makings of a great day for college football, but the biggest fight of the weekend could be waged on Sunday morning if perennial powerhouses Ohio State and Alabama are left to scrap for a fourth and final College Football Playoff berth. Bill Bender of the Sporting News is back on the show to help the guys navigate the battlefield. Quality wins? Bad losses? Conference titles? What will sway the selection committee? Do precedents matter? Are any other teams outside the current top four in the mix? Can any of those top four stay in even with a loss? It’s an action-packed – and, at times, contentious! – episode of The Nail.

Episode 097 – Craig Lyndall on The Nail joining WFNY, the Cavs and #SellTheBrowns 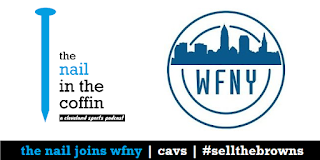 As you may have heard, The Nail is joining up with Waiting For Next Year. The guys welcome Craig Lyndall of WFNY to discuss that news, the NFL and Craig's #SellTheBrowns mantra, and the state of the Cavs one month into the NBA season. Are the Celtics an actual threat in the East or another in a long line of media creations stemming from LeBron fatigue? What in God’s name possesses fans to defend Derrick Rose? Plus: Thoughts on Jae Crowder, Jeff Green, Dwyane Wade and the almighty Brooklyn pick.

Intro/outro music: "The 3rd" by Anitek
Posted by Nail in the Coffin at 3:27 PM 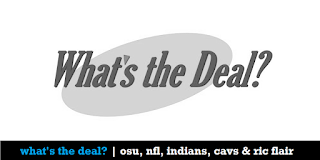 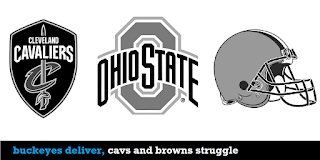 It's been a dismal, dysfunctional week in Cleveland, from the Browns botching the trade deadline as only the Browns can to the Cavs taking their infamous regular season malaise to new depths. Thankfully, Ohio State gave us something to enjoy, as J.T. Barrett delivered an all-time performance in an instant classic victory over Penn State, launching the Buckeyes back into the national title picture and J.T. back into the Heisman race.