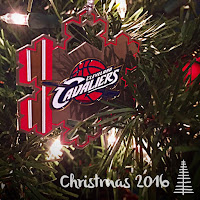 With the Cavs and Warriors set to deliver the latest installment of the best rivalry in the NBA on Christmas Day, David Zavac, editor of FearTheSword.com, joins the show to set the stage. After adding Kevin Durant and turning over half their roster, the Warriors haven’t missed a beat this season. The Cavs, meanwhile, have some holes to address, but continue to dominate the East. David sizes up both teams heading into Sunday and dives into some of the big storylines around the NBA thus far, including trade targets for the Cavs, as well as teams and players to keep an eye on.