Episode 108 – No half measures: Cavs break from the bad, reload roster 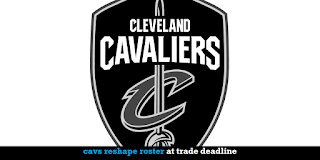 Within the past month, it became apparent that the Cavs were dead in the water as constructed. The only question that remained was how far they were willing to go to change their fortunes. As we found out Thursday, the answer was “pretty damn far.” The team tied its own NBA trade deadline day record, sending out six players in three deals and bringing in four new faces. Jeff Nomina of Waiting For Next Year joins the guys to discuss how a front office under fire for months stood up and overhauled a fractured roster to rebuild the team’s culture. Whether it is enough to overcome the Warriors (…or Rockets?) remains to be seen for now. ... Plus: The guys wrap up the show with a salute to WFNY on its 10th anniversary.