Episode 111 – Talking #MACtion with Jason Arkley of the Athens Messenger 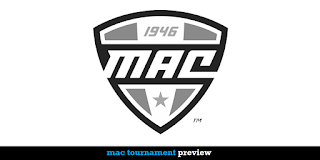 It’s Mid-American Conference tournament week in Cleveland, and Jason Arkley of the Athens Messenger is back on The Nail to set the stage. The No. 1 seed Buffalo Bulls seek their third conference championship in four years, but the rest of the top teams in this year’s bracket – Toledo, Eastern Michigan and Ball State – are all looking to break long droughts. Arkley breaks down Thursday’s quarterfinal matchups and discusses whether a MAC team can win an NCAA tournament game for the first time since 2012. ... Plus: The effect of the graduate transfer rule on college basketball and whether the sport's latest scandals are being felt at the mid-major level.