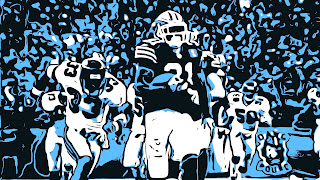 Call it a fool's errand or even a suicide mission, but with the Browns about to kick off their most highly anticipated season in years, the guys this week are going for the power of positivity and looking back on their favorite Browns moments from the past two decades. Sure, we've seen a lot—*a LOT*—of bad football since the franchise was relaunched in 1999. But along the way, we also got Phil Dawson bouncing a field goal off the stanchion in a victory at Baltimore, bear hugs with stadium ushers and high-fives with strangers in bars, a chaotic classic in the snow, memorable games with future wives and in-laws, and of course "Run, William, run!"

So, before the 2019 campaign kicks off on Sunday, kick back and enjoy the good times from the past 20 years, even if they have been few and far between.