Episode 077 – Cavs fight like hell, but fall in the Finals 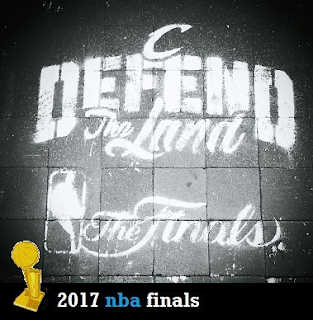 Two nights removed from the end of the Finals, the guys give a spirited send-off to the Cavs’ run as the reigning NBA champions. Topics covered include: the Cavs’ historic offensive performance in Game 4 even with the series likely out of reach, chaotic moments defining the last two games, Golden State needing Kevin Durant more to beat the Cavs than Durant needed Golden State to win a title, and an appreciation for the Cavs’ core over the past three years as we head into a summer of uncertainty.