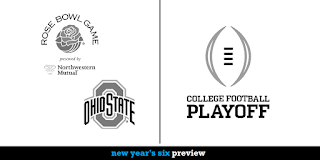 For the fourth straight year, News-Herald sports editor Mark Podolski joins the show to talk bowl games. The slate is a little lackluster this year, so The Nail’s traditional New Year’s Six preview is getting trimmed down to only the games anyone actually cares about – the College Football Playoff semifinals (Clemson vs. Notre Dame and Alabama vs. Oklahoma) and Ohio State’s surprisingly rare Rose Bowl appearance. Is another Alabama-Clemson championship game inevitable? Does Washington stand a chance in Urban Meyer’s last game on the Buckeyes’ sideline? And is it surprising that Dwayne Haskins is actually playing on New Year’s Day?