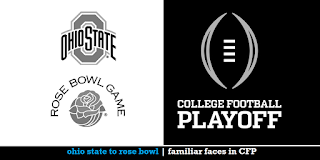 For the second straight year, Ohio State won the Big Ten championship, but missed out on the College Football Playoff, which, also for the second straight year, will include Alabama, Clemson and Oklahoma. Being left out of the playoff field wasn’t a surprise, but also finishing behind two-loss Georgia this year? That’s a little more dubious. The guys discuss the selection committee’s wonky logic, the Big Ten’s struggle to get its champion into the playoff, and the value of a do-or-die regular season vs. an expanded playoff that lets in all worthy contenders.