Episode 199 – Did the Indians get it right with ‘Guardians’? 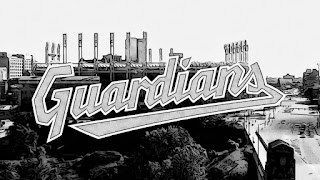 The Cleveland Indians on Friday announced that they will take the field as the Guardians starting in 2022. Even if the name changing process formally began seven months ago, it was a decision years in the making. But did the Indians get it right with their new identity? The guys discuss the new moniker, as well as whether it was a good idea to create a new visual identity that, while no longer controversial, certainly looks similar to the old one in a lot of ways.

Plus: The Browns have unveiled a 75th anniversary throwback uniform, and college football is being turned on its head this summer.