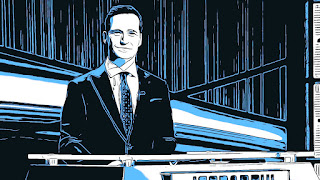 The long, highly publicized search for a new host of Jeopardy was over…and now it’s not. On Friday, news broke that Mike Richards, the show’s embattled executive producer who had taken the job as Alex Trebek’s successor, was backing away from the podium amid heavy backlash. Before Richards announced his resignation as host, the guys discussed the highly dubious process the resulted in him getting the spot and the issues that we now know ultimately led to his undoing.

Plus: MLB’s Field of Dreams game was a home run for everyone involved, and with WWE’s SummerSlam on Saturday night in Las Vegas and AEW rumored to be debuting a certain famous Chicago-made star on Friday, it’s shaping up to be a huge weekend for wrestling.