Episode 115 – Mike Zavagno on the Cavs and the NBA playoffs (and Taylor Swift?) 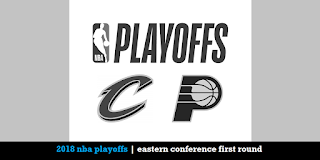 Mike Zavagno of FearTheSword.com and the Cavalytics podcast joins the show to help the guys get ready for the NBA playoffs. It was a strange season—or maybe even four or five seasons rolled into one—for the Cavs. But as they get ready for the Pacers in the first round, the Wine and Gold appear to finally have their full lineup available for the first time since the trade deadline. The guys discuss players like Jeff Green and Jose Calderon going from afterthoughts at the beginning of the year to key members of the playoff rotation, how the players acquired at the deadline—Larry Nance Jr., George Hill, Rodney Hood and Jordan Clarkson—will fit into the Cavs’ plans, familiar faces who could have reduced (or entirely eliminated) roles, and what more to expect from LeBron James after a tremendous 15th regular season. Plus, a rundown of the rest of the playoffs: Are the Sixers the Cavs’ biggest threat in the East? Was Golden State gifted a path to the Western Conference finals? And can anyone challenge the Rockets or Warriors in the early rounds? ... Oh, and there's also a story in the first five minutes about the time Mike encountered Taylor Swift at customs in the U.S. Virgin Islands and ended up in tabloids around the world. (Yes, really.)