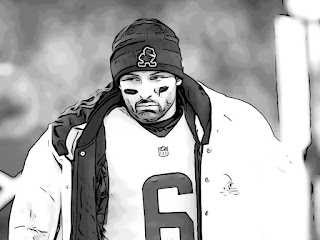 A deal for Deshaun Watson appears to be dead, but the Browns still seem bound for a breakup with Baker Mayfield. The guys discuss Mayfield’s tenure and eventual unraveling in Cleveland, as well as the Browns’ remaining options at quarterback for 2022 and beyond.

Plus: QBs aren’t the only big names on the move in the NFL. The No. 1 broadcasting teams for nearly all of the league’s TV partners are getting an overhaul as top play-by-play announcers and analysts are making big-money moves. … Finally, the guys pay tribute to wrestling legend Scott Hall, aka Razor Ramon, who died this week at the age of 63.