Episode 052 – An OSU win for the history books; a Cavs team of a lifetime 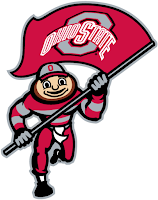 The Buckeyes survived a ragged, dramatic game with Michigan and appear to be headed to the College Football Playoff. The guys relive a memorable Saturday afternoon and look ahead to what’s next for Ohio State and potential bowl game matchups. … PLUS: What follows “happily ever after”? The Cavs gave Cleveland a storybook ending in June, and are now settling into life as the defending NBA champions and a golden era in franchise history.